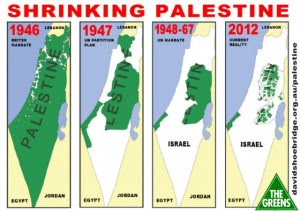 What a scandal. The Swedish Media can't even restrain from Russia-bashing during a song festival. Their behaviour against two 17 year old Russian young girls is simply disgusting.

Publicerat den: 13 maj, 2014 - 16:34
Millions of Europeans viewed the Eurovision Song Contest last Satuday. The event was said to promote ”love” and ”tolerance”, but instead ended up being a display of hate-mongering and bullying of ”the others”. Even further anti-semitic salutes were allowed to pass unnoticed.

The Russian artists were not treated as two young girls at a song contest, but as political representatives of a country currently involved in a conflict with the USA and EU. Vulgar, chauvinistic comments – reminiscant of anonymous right wing haters’ rethoric about the non-European immigrants – were uttered about the Russian artists’ clothes by the Swedish mainstream media, even before the Saturday’s broadcast. This bigoted commentary would surely have been turned into praise had the girls exposed their bossoms while shouting ”Down with Putin!”

The Russian and Belarussian score announcers were given the cold shoulder, while their Kievan conterparts were greeted a warm welcome, despite commencing their announcement with a nationalist salute closely tied to the anti-semitic, nazi, Ukrainian forces from WWII.